Snatching defeat from the jaws of victory: How ISAF infighting helped doom Sangin to its ongoing violence 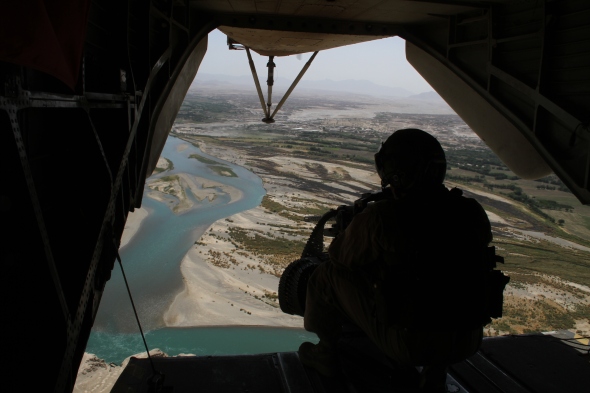 Sangin district in Helmand has again, this year, seen heavy fighting, this time between the Afghan National Security Forces and the Taleban. With dozens killed and thousands displaced following an insurgent assault involving hundreds of fighters, the Taleban leadership is once again showing how much it values this strategic crossroads and poppy-producing hub. Guest author Julius Cavendish,* who reported on fighting in Sangin in 2010 and 2011 and is following what’s happening in the region closely since, has been looking into the background of one of the most contested districts in the country. He reveals how ISAF repeatedly squandered the chance to build a durable political settlement in the district, including bombing a meeting of Taleban while they were discussing going over to the government. He argues that institutional dysfunction and competing agendas within the coalition helped ensure that the generals and bureaucrats overseeing the campaign in Helmand repeatedly undermined efforts to build a lasting peace. (With additional reporting by Muhib Habibi in Kandahar.)

On 20th November 2010, Taleban commander and shadow district governor Mullah Abdul Qayum met all afternoon with other disaffected insurgents in his high-walled garden in southern Afghanistan. According to local elders and British officials, the men — incensed by months of brutality by out-of-area insurgents — were plotting to hand one of Afghanistan’s most violent districts over to government control. It was a brazen double-cross that would, Qayum and his accomplices hoped, finally bring peace to their valley. Now, following months of secret correspondence with Afghan and British officials, they wanted a demonstration of government good faith. That is when a NATO bomb slammed into the meeting. END_OF_DOCUMENT_TOKEN_TO_BE_REPLACED

US troops take hard line to tame rebels of Sangin

There was so much high explosive raining down it was hard to believe anyone could have survived beneath the two-hour salvo of guided artillery rounds, Hellfire missiles and strafing runs by F/A-18 warplanes and helicopter gunships.

But somehow they did. After every strike Taliban insurgents would fire back defiantly, telling the US Marines they were still there; still alive. “Time for the tactical nuke,” Captain Alexander Vanston, a Marine civil affairs officer, said dryly as another 500lb bomb tore through a Taliban position, sending earth and debris billowing hundreds of feet into the cloudless sky. END_OF_DOCUMENT_TOKEN_TO_BE_REPLACED